"It is our choices . . . that show what we truly are, far more than our abilities." 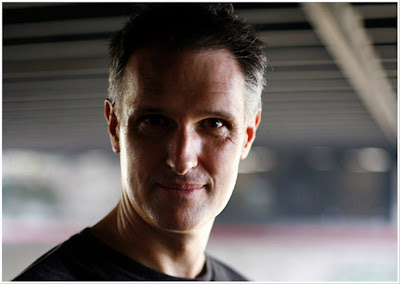 Iain is an internationally recognized and award winning artist and one of the motion picture industry’s leading conceptual designers. His exceptional command of human anatomy, character, emotional expression and visual narrative make him on of the most sought after artists working in the entertainment industry today. He has worked for Lucasfilm as one of the principal designers on Star Wars Episode One—The Phantom Menace, Star Wars Episode Two—Attack of the Clones, and: Star Wars Episode Three—Revenge of the Sith. His work includes the landmark designs for Queen Amidala and Darth Maul. His other film credits include: James Cameron's 'Terminator II', Steven Spielberg's 'Hook', Francis Ford Coppola's 'Dracula', Neil Jordan’s 'Interview With the Vampire', Sony/Revolution/Universal’s ‘Peter Pan’, and Warner Brothers’'Harry Potter and the Goblet of Fire'. He is also Co-Producer and Concept Design Director on Ascendant Pictures’ science-fiction epic: ‘Outlander’.


"The most sophisticated people I know - inside they are all children."

As a screenwriter, Iain adapted the Ursula K. Le Guin classic: 'A Wizard of Earthsea' for ShadowCatcher Entertainment, and was co-author of ‘People’, an Emmy-nominated animation special for the Disney Channel. In 2001, he wrote and designed his first CG feature film,‘The Pied Piper’, for Imax/Mainframe. Iain made his directorial debut with 'The Face', which made it's debut at the Santa Barbara Film Festival. The film won several awards, including the Gold Medal for Best Family Film at the Houston International Film Festival, and a 'Year 2000 Notable Video' award from the American Library Institute.

In 2005, Iain founded Ninth Ray Studios LLC, a freelance story and design group dedicated to the art of storytelling. Since it’s inception, Ninth Ray has handled development and pre-production work for several major motion pictures, including Ascendant Pictures’ ‘Outlander’ and both Paramount Pictures’ and Disney/Pixar’s versions of ‘John Carter of Mars’. Iain is also an internationally recognized illustrator specializing in narrative and figurative art. His work includes advertising, limited edition prints, children's books, computer and role playing games, book and record covers (including the iconic cover for Jethro Tull’s ‘Broadsword and the Beast’).

His original artwork has been exhibited in galleries worldwide, including the Smithsonian. In 2000 and in 2008, Iain was nominated for a Chesley Award by the World Science Fiction Association. He has taught drawing and storytelling both publicly and privately for over twenty years. He is the author of four bestselling DVD’s on Visual Storytelling and Concept Design for the Gnomon Workshop. He continues to lecture and demonstrate and hold workshops for film studios, conventions, institutions and schools around the world.

In 2008, Palace Press released ‘Shadowline: the Art of Iain McCaig’. The book is a multi-faceted adventure, featuring 28 years of Iain’s commercial and private artwork, a fictionalized visit to his otherworldly studio, and an intensive boot camp in how-to-draw.

Iain is currently writing and designing the screenplays for his own feature film projects, and preparing for an exhibition in Paris, at GALERIE ARLUDIK, in September of 2010.